A tiny epic, such a small game filled with so many wonders.  A small sandbox world for you to wander, one that lives and breathes and changes as you play it.  An action adventure platformer, inspired by folklore, Ico, Metriod, Castelvania, and the Legend of Zelda.  You only have two items you can carry on you, and you must think strategically in what to drop where, what to take where, and how to solve the various puzzles.

You wake in a circle of speaking stones, in a strange sunless world filled with ruins and monsters. You remember going to sleep, back in your world, on a hill near the cresting lights. Some called it a faerie hill, and warned of kidnapping and dancing and taken to the land of the good folk, the grey folk, the faeries.

But there are no fair folk here, it is empty and lonely and littered with hollow bones. You have only one thought: to return back home. But how? How.

The game allows you to pick up any random thing and use it as a weapon or an item. You have two item slots, and that's all you can carry. You can drop items anywhere, and run back and pick them up later. This allows for a large amount of strategy, since each item can become very handy in its own way, and contain multiple uses.

For example, the bow can not only injure enemies, but you can stand on the arrows you shoot, creating ad-hoc platforms to reach hard to reach areas. The bone flute can create climbing vines when played, and you can use this to move up walls that you couldn't before. A ghost shield not only protects you from enemies, but can help you wander on passed the land of the dead, and into places only ghosts can go.

When you're hit, you begin to fade away, when you rest you become more solid and real. You fade away too much, and you wake once more in the circle of standing stones, with your weapons and items intact.

The world is meant to be a fully immersive 2d environment, with a weather system (fog, wind, overcast, cloud, rain storms, and snow) that happen in an unscripted and interesting way. There are also night and day cycles, and the difference in weather and the time of day changes the world in drastic ways.

The game takes notes from original Legend of Zelda, the Castlevania franchise, Metroid, Ico, and Shadow of the Colossus.

This game will be available on Windows, OSX, and Linux

the story/premise is interesting, the gameplay sounds fun and the art style is lovely and nostalgic. all in all, it's a promising game and i'm looking forward to it :)

Great! That means so much to me.

Thank you! I plan on it, this game is fun to work on. 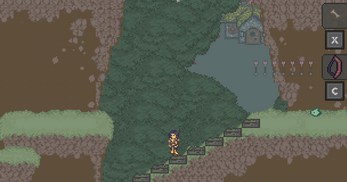 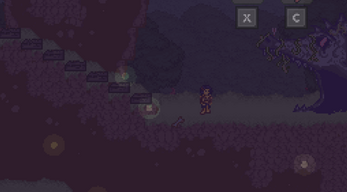 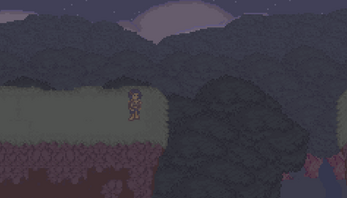 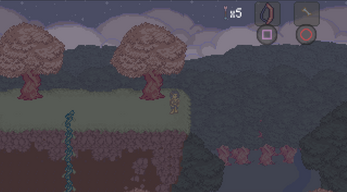 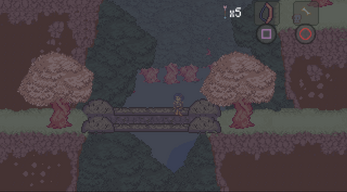 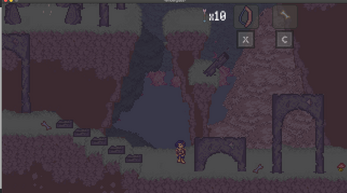 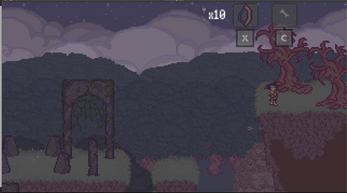